We’ve seen it time and time again. We get a report in, it looks great, we send it to the client, and the client has reviewed their video tapes and come up with a healthy list of discrepancies. They’ve identified the shopper, followed them through the shop, and checked it against their recording. They’re now mystery shopping the mystery shopper. It’s a mystery shop-ception! 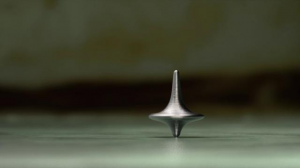 There’s no way to avoid this double checking, but there is a way to safeguard yourself against getting your shop rejected by the client. Honestly, the devil’s in the details. More often than not, most requests seen from clients are usually simple. Did the host open the door for you? How soon after ordering did the server deliver your entrees? Was the check presented in a folder? Did you ever receive a dessert menu?

These simple answers can easily get looked over in the mad dash to get your report in before time’s up, or mistakes can also stem from a simple misunderstanding of a question. You might write that you left through the door yourself, when you actually opened the first door and the host opened the second. You may say you didn’t get a dessert menu because it was already on the table, and then the client comes back saying, “Well, the dessert menu was already on the table,” so the answer just should have been “N/A” instead of “No.”

Aside from paying close attention to these simple details, another way shoppers can protect themselves in situations such as these is to record the shop on an audio recorder. This might be too intense for casual shoppers, but it has saved many a shopper, especially in situations where the client is looking for clarification on certain things said, offered, or recommended by the server.

Remember, just because the client believes that they have spotted you does not necessarily mean they have. In the same breath, this does not completely protect your shop, as they (and we) don’t always know if they are truly looking at the right patron. The only information that they have is the report itself, so picking you out will come with some challenges. Of course, the more meticulous and careful you are during your shop and while filling out your report, the better off you’ll be all around.