I love scheduling!  No, I really do.  Note, I did not say it didn’t have its challenges.  That’s definitely not the case, but hey, I’ve always been up for a challenge.  Of course with challenges come difficulties and potential failures. 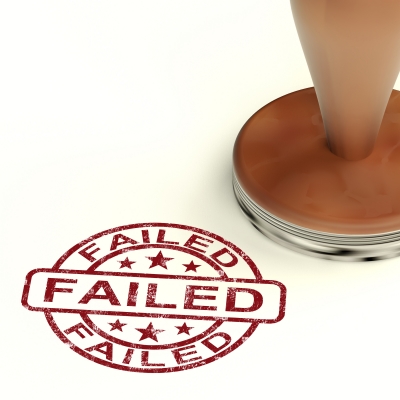 And that brings me to my topic – Failure.  For some reason the concept of failure has an undeserved bad rap in my opinion, but it is an integral part of being alive.  I know we’ve all heard failure is not an option, but I beg to differ.  Failure is an option!

My youth was full of self-imposed challenges and some led to eventual failures, too many to list.  Among them was my 7th grade attempt to play basketball on the junior high team.  Mind you, I am all of 5’1” and 90 lbs.  Not exactly basketball material.  But I was determined and actually got on the team, though I never played one game.  That was actually completely okay with me, because I was on the team!  Just getting on the team was a challenge in and of itself.  I was actually terrible at it and was quite thankful I never actually had to play in an actual game.  So, even though I made them team, I chalk up my basketball career as a failure.   I found out there were many things I just wasn’t great at – toe ballet (ouch!), physics, painting.  I even failed my junior year of English and had to go to summer school.  Long story there, but basically I took two weeks off for Spring Break instead of one and my English grade just never recovered.

Now I did have my successes as well.  But I would have never experienced those successes without trying…with the knowledge that there was the possibility of failure.  So what the heck am I trying to say here, right?

Failure is just an opportunity to learn from your mistakes and try again.  From that you can learn and grow.  You will never know your potential until you try and push your limits.  And so what if you fail?  If you fail, just remember that you’ve already accomplished a lot more than many other people.

Ask yourself – what did I fail at today?  Whatever it may be, give yourself a pat on the back, a high-five and a, “Good job!”  If you aren’t failing at something, then you are not trying hard enough.